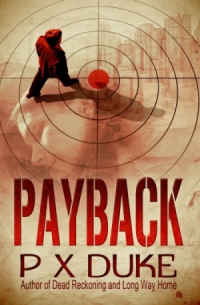 Harry must put his life on hold and return to the Dark Continent one last time to discover why a women he thought was long dead is still alive and begging for his help.

Harry’s comfortable family life is turned upside down when he gets a phone call from a former comrade he thought long dead. When the second call comes in an hour later, the caller asks for his help. He knows his life will never be the same until he can learn what happened to the woman who launched a rescue mission to save his life after his plane was destroyed during a firefight on a bush landing strip in East Africa. Third short novel in a series following Dead Reckoning and Long Way Home, in that order.