Frank Ross likes to spend the winter down on the Baja. Come spring, he heads north to start the bike rally circuit looking for work. When his ride breaks down 70 miles north of the Mexican border, he’s forced to take refuge in a Salton Sea ghost town. A friendly resident introduces Frank to some welcome home cooking and a place to stay. It quickly turns into old-fashioned loving.

When Kailey, his hostess, takes exception to Frank’s discovery of five keys of cartel coca stashed in her bedroom closet, she aims a loaded gun at his pack and pulls back the hammer. In the wrong place at the wrong time, Frank knows he has to hit the road, fast.

No fool to the vagaries of women, Frank hits the road with Tammi, a reformed pole dancer, riding bitch on the back of his ride. They’re headed for El Lay and the strip club circuit. Frank doesn’t know it, but he’s hell-bound for more trouble. 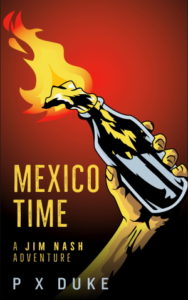 Jim Nash is off the reservation, in more ways than one. His partner doesn’t know where he is, and for good reason. If she found out, she’d kill him if she got the chance, and he isn’t about to give her that chance—yet.

The plan was to make a quick trip down the Baja, retrieve something stored away for a future life, and return. To improve his odds, he picked up an armored van and a go-fast panga. An underage teen-age stowaway isn’t improving his outlook. She’s a distraction he doesn’t need, and looking out for her is challenging his patience. He has a plan to bring her into line, though, and it includes a one-way plane ticket.

Will any of Jim’s plans come to fruition? He doesn’t know, because unseen problems are on the horizon and will soon be demanding all of his attention. And he still has to get himself a thousand miles north to safety and another thousand to home. The quick trip is taking a lot longer than he thought it would. Retired detective Jim Nash and Good Girl Zelda get caught up in the Christmas spirit when his girlfriend talks him into doing a stint as a mall Santa on the day before Christmas. All goes well, even without any eggnog, until Santa’s old instincts kick in during a bank robbery. Jim and his faithful companion Zelda follow the robbers to the mall’s roof, where he learns the story of why the trio of thieves picked this particular bank. Christmas spirit is eventually restored and both Jim and Santa, followed by Zelda, return home to a crackling fire and news that will forever change every Christmas in his future. 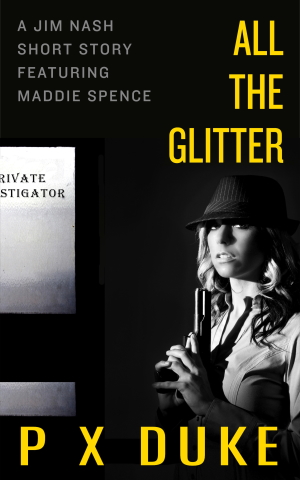 Maddie Spence is left to her own devices after her partner in business and romance has left her in the lurch with nary so much as an explanation or a phone call to alleviate her worries. With Jim Nash MIA, she takes on a case involving a strip club and credit card scammers. Thanks to her pole dancing class experience, she agrees to go undercover with almost no cover.

Maddie asks a friend to go along as backup by pretending to be a cocktail waitress. The scam-fighting duo are nearly completely uncovered when the backup plan goes awry and her friend is kidnapped.

Good and faithful dog Friday is put on ice at a friend’s place, where he is subjected to so many tea parties that he can’t wait to get home. Even though he enjoys the company of the little girl who wants to make him her constant companion, he misses Maddie. He misses Jim, too, but he can’t do anything about that.

Emma Mayberry is fulfilling her dream of becoming a paramedic at a college on the Florida Panhandle. She’s a long way from her home town of Escape, but she’s coping and even has a part-time job and a boyfriend. At least, she does, until she goes missing.

Fiona Lubinski is out of prison and looking for trouble. When she crosses the path of someone working in a coffee shop who looks familiar, it doesn’t take her long to put two and two together and remember Emma. How could she not? Emma was the one who drove a giant snow clearing machine into the back of her car in Escape, scattering money, dreams, and hope for a new life in the bright lights and big city.

Will Emma’s own dreams of a lifetime be shattered by her relationship with her boyfriend? Has she merely disappeared on an extended long weekend to spend time with him? Or have they gone missing and run off to be married?

Jim Nash and Maddie Spence will get involved thanks to Boots Mayberry, Emma’s father. He has lost touch with his daughter and is compelled to make for the panhandle to track her down, where, overwhelmed and out of his element, he is forced to ask for help from Jim and Maddie.

Jim Nash, his business partner Maddie Stone, and faithful good boy Friday are called into service to find a missing wife. When Holly, the missing woman’s curly-haired daughter spies furry Fwiday, fun and games ensue. Friday’s patience with the little girl will be put to the test. Maddie is dispatched to a stakeout with disastrous results. Jim and Friday are forced to go on the hunt for those who put Maddie in danger and kidnap little Holly.

Jim Nash has no plans to attend the wedding of former best friend Warren to Allie Sands, a girlfriend from his past. All that goes out the window when his current partner, Maddie Stone, sees the emails and convinces him otherwise. With the decision made for both of them, Jim and Maddie are waylaid in a small town on the way to the wedding for reasons unknown. Faithful dog Friday is dispatched to come to the rescue of the pair. On arrival at the marina, Jim is determined to discover what’s going on when the Feds make it plain they’re playing for keeps. Convinced that the Feds are up to no good, Jim takes matters into his own hands with the help of three dogs, three women, and the two men who refuse to see the writing on the wall. Dogs, kids, and ice cream all play a part in this Jim Nash short story. 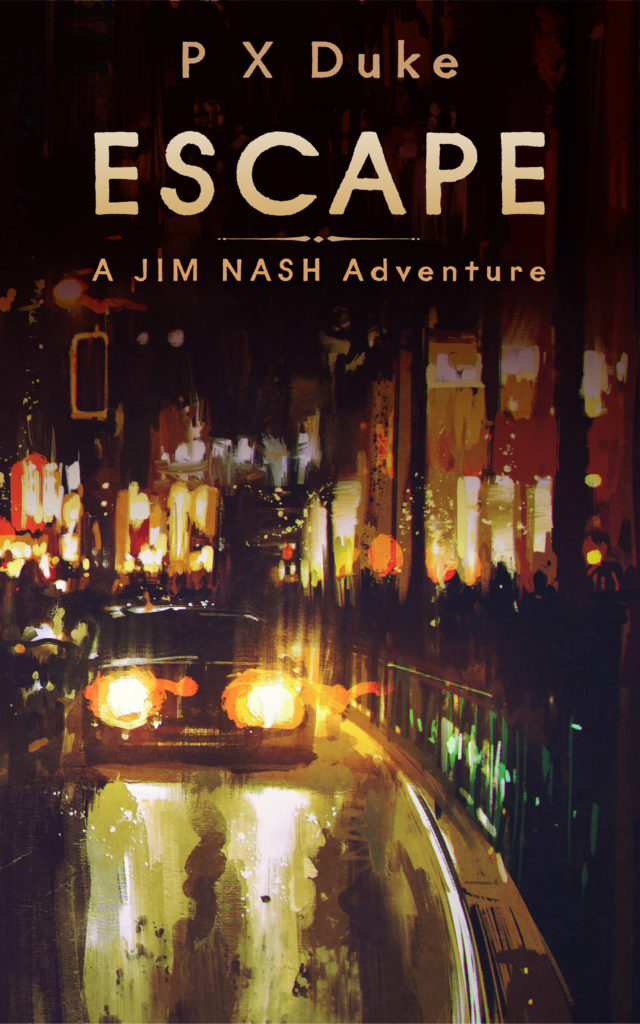 Jim Nash takes his crew on a well-deserved vacation and ends up knee-deep in trouble when, trapped in a blizzard, he is forced to delay their trip to a ski lodge in the Colorado mountains. When the Interstate is closed, another couple is waylaid in the small town in what at first glance appears to be a bullet-riddled car. Are they two troubled young people on the wrong side of the law, or only confused wayfarers railroaded into doing someone else’s dirty work? Jim, Maddie and faithful dog Friday are drawn deeper into the mystery as a blizzard rages on. Available at Amazon, Apple, Barnes&Noble, Kobo, Smashwords.