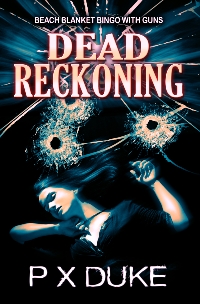 During Harry’s well-deserved R&R on mainland Mexico, he picks up something he doesn’t own that will force him to flee across the Sea of Cortez to the Baja. While Harry hides out on an isolated beach, two gringas show up to complicate Harry’s life, attempting to implicate him in their own scheme that will result in a mad dash up the Baja to escape the consequences of their actions.